Movies of Harry Cording and Rhys Williams together

Tyrant of the Sea

Tyrant of the Sea

Starred as Aide to Head Constable

Man in the Attic

Man in the Attic 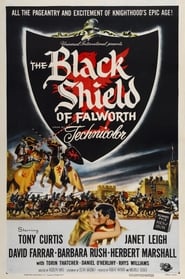 The Black Shield of Falworth

The Black Shield of Falworth

Starred as Captain of King's Guards

Use the timeline above to view all the movies that Harry Cording and Rhys Williams have starred in together. You can use the arrows or the arrow keys on your keyboard to slide from left-to-right along the timeline. If you have a touch device, you can slide left-to-right as well.

Select a movie to view who Harry Cording and Rhys Williams starred as in that film.

See all of Harry Cording's connections.

See all of Rhys Williams's connections.